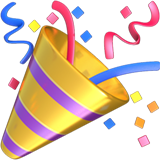 The Carrier-1 management team and investors have designed, built and managed over a half-million square feet of data center space with customers spanning the globe. Proven success with Fortune 500 enterprises as well as small to medium-sized companies has enabled us to respond to the needs of all business verticals including; healthcare, financial, SaaS, hosting, consulting, media, law, government and oil/gas. Personalized service and support sets us apart. We partner with our customers to ensure that they are successful.

Peter has over 30 years of experience in the network services space, primarily as a founder of three highly successful data center and internet service providers. Peter most recently sold CoreXchange, Inc. to Zayo Group, where he was a founding partner and CEO. In seven years, he expanded the company into multiple data center locations, launched on-line ordering for colocation and established an International customer base. He was the founding chairman and CEO of The Planet, a leading web hosting provider that was acquired by a Menlo Park-based private equity firm, GI Partners. Previously, Peter founded National Knowledge Networks, Inc., a regional Internet service provider that he grew from a start-up company into a venture with $5 million in revenues in less than three years. In 1998, the company was among the first to be acquired by Verio and was part of a landmark IPO and subsequent sale to NTT in October 2000. Prior to founding National Knowledge Networks, Peter was a chief telecommunications and data communications engineer with GTE. He holds a bachelor's degree in electrical engineering from the University of Minnesota, Institute of Technology.

Ed brings more than 30 years of experience in the network services and telecommunications industry. He joined Carrier-1 from CoreXchange, where he served 6 years as CFO, leading all finance efforts including successful sale of the company to Zayo Group. Prior to CoreXchange, he was managing director and co-founder of Ascend Partners, advising companies in the networking space on mergers and acquisitions activities and financing strategies. Ed previously was the founder of Global Network Solutions, a professional services company that merged with OpSource, Inc. He also served in senior management roles with Global Network Solutions, Cable and Wireless, Exodus Communications, and Global Internet/Cohesive Systems. Ed holds a BS degree in accounting from Central Connecticut State University and an M.B.A. from Sacred Heart University in Fairfield, CT.

Julia has more than 20 years of colocation, hosting and IT communications experience. Previously, Julia was Co-founder of CoreXchange, Inc. where she built and managed the sales and marketing organization for six years and was later promoted to President where she directed all company initiatives and operations. She was instrumental in the development of new product lines and online ordering, which ultimately grew the customer base to span over 40 states and 20 countries. Prior to CoreXchange, Julia developed her own consulting company where she brokered technology solutions in the areas of data center development, colocation, managed servers, hardware procurement, professional services, connectivity and disaster recovery. Previously, as vice president for The Planet, Julia oversaw all Sales and Marketing functions including Enterprise colocation and dedicated server sales, advertising, promotion and reseller alliances. She was successful in growing sales from $4M to $60M by generating revenue from new customer acquisitions, existing accounts, VARS and referral partnerships. Prior to joining The Planet, Julia held sales and marketing positions at Chancellor Marketing Group (now Clear Channel Communications). She holds a bachelor's degree from the University of North Texas. If you are interested in learning more about Julia and partnering with Carrier-1, please contact her directly at jmorgan@carrier-1.com.

Trey comes to Carrier-1 after being a part of the extremely successful CoreXchange/ColoUnlimited team for nearly five years. Rising up from an Account Executive to VP of Sales, he helped to sell out of all available inventory in the Dallas, Texas facilities while maintaining an unheard of 99.5% customer retention rate. Prior to working for CoreXchange, Trey served as the President of Blue Wireless & Data Inc. and in Business Development for DSG Technology. Trey graduated from Oklahoma City University with his Bachelors in Philosophy and Humanities. Trey believes his keys to success are to maintain a cutting edge understanding of the data center industry, always provide the most attentive customer service and to never be outworked. Over the years Trey has worked hard to create a trusted group of partners to not only network with, but to be "go-to" advisors with his client base. If you are interested in learning more about Trey and partnering with Carrier-1, please contact him directly at tberndt@carrier-1.com.

Run the Colocation Design Tool to get a quick quote!
Start Now